Planting time in the kitchen garden

Loving this rain.
So do the damn Portuguese millipedes, though, and it's Thermopylae out there in the veggie patch each morning: one seedling to 3000 millipedes. Nothing kills them except Baysol and it's really too risky with wildlife and pets around. So I swear a lot instead and jump up and down on them. Not very Buddhist, I know. Not even very Spartan.
But with the summer harvest nearly all disposed of - in freezers and jars and fondly-remembered meals - now it's time to get the garden back in some kind of order after a silly summer of head-high weeds and feral fruits.
So what to do next? 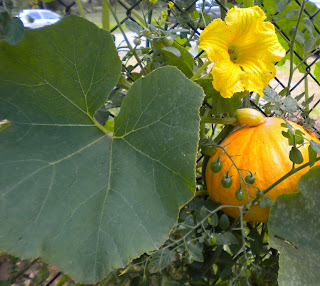 With the weather a little cooler, you can get out there and dig over the patch, yank out any summer plants that are really only hanging on by a thread, and cut back things like summer raspberries and artichokes. Clear up rotting mulch and compost it properly - the slaters and millipedes are just a little too fond of it and don't discriminate between mulch and small lettuces. It's a good time to compost - give a little back to the soil after a hard summer, especially where the rain might have carried off the nutrients with the topsoil. Chuck a bit of lime about, if it needs it.

I've put in rainbow chard (silver beet, except it isn't silver) and Tuscan kale. The beetroot seeds I sowed a few weeks ago have come up nicely.
You can plant spinach around now, peas if you don't get any frost, and even broad beans. Lettuce can go in and it won't bolt straightaway as it has over summer. Carrots, cabbages and broccoli should get going (sooner the better). If you let coriander, rocket and parsley self-seed, they will start to sprout everywhere shortly.
I had a ton of garlic last year (that's a slight exaggeration) and now's the time to get some more into the ground. Well worth it.
We're still harvesting beans, tomatoes, eggplants and potatoes, and when they're finished (which won't be long) I'll get the next season ready: broccolini, I think. Another round of beetroot and lettuces. A million onions (I never grow enough).

Never ends.
But isn't it fun?
Posted by Kelly Gardiner at 5:28 PM